Author's Disclaimer: "Glee" and the characters depicted are the intellectual copyrighted property of Ryan Murphy, Brad Falchuk, Ian Brennan, and the FOX Network. This piece of fan fiction was created for entertainment not monetary purposes. Previously unrecognized characters and places, and this story, are copyrighted to the author. Any similarity to real persons, living or dead, is coincidental and not intended by the author. This site is in no way affiliated with "Glee," FOX, or any representatives of the actors. 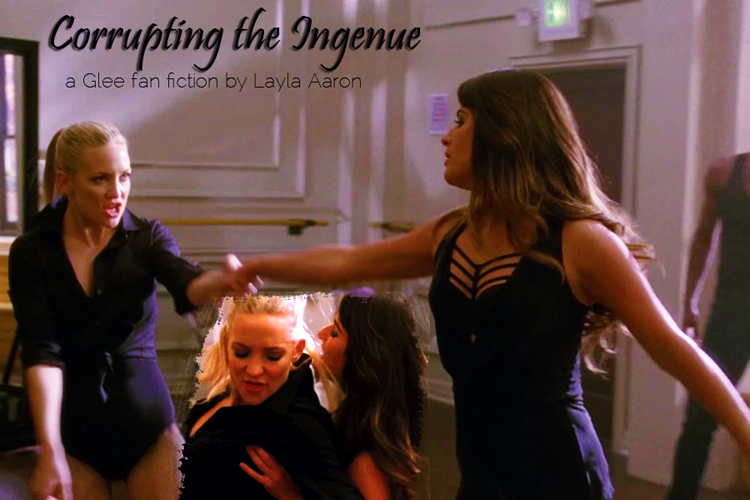 Each year, Cassandra July selected an ingénue from her first-year class and spent the year opening that young woman's eyes to the truth of real world. She'd expose her to the cruelties of the big cruel world outside her protective bubble. Every one of them seemed to be cut from the same mold. Butter wouldn't melt in her mouth; wide-eyed innocent; full of youthful confidence and naiveté; seeking approval and validation from everyone around them. Most of them seemed to come from small Midwestern towns, beloved princesses to doting parents, young women who rarely heard the word "no." Someone full of dreams and ideals, exemplifying sweetness and light, and from the moment she saw her, Cassandra knew she was the one for this year.

She'd take this one, warp and corrupt her. On one hand, she'd give her the strength and balls to take on New York and the world, but she'd break her down to accomplish it. With her pristine bun, her fresh-scrubbed face, her short-sleeved leotard and opaque tights, Rachel Berry exuded that wide-eyed innocence that usually made Cassandra want to retch. Almost immediately, Cassandra started picking at Rachel, nicknaming her "Schwimmer," doing anything to rattle her self-confidence.

Watching her fawn over that junior, what's-his-name, gave Cassandra the perfect pawn in the game of breaking the little ingénue. As Cassandra used the boy, plotting how to drop the bomb of his infidelity on Rachel, she fantasized about watching the other woman's expression as she suffered a defeat. She looked forward to that moment when she saw the ingénue go from sweet innocent to jaded libertine.

Cassandra admitted to herself that her heart jumped with joy when she answered Brody's phone and revealed what she'd shared with Brody to Rachel. She could almost hear the other woman's confidence crack down the phone line. The next time Rachel came to class, Cassandra took a moment to savor the change. But she didn't let up; she couldn't let up.

And then it happened, Rachel left herself wide open, and Cassandra took advantage of that opening. It came after Rachel had received a Golden Ticket to perform in the Winter Showcase, the first freshman to receive one in several years. Cassandra would never admit out loud how much this honor for Rachel rankled her. She saw it as yet one more instance where the princess got what she wanted.

Rachel asked permission to take a sip of water, and Cassandra called her out for being a diva, telling Rachel she had no stamina, no precision. Rachel made an effort to stand up to Cassandra, something that amused the dance instructor. It took everything in her to keep from laughing out loud at Rachel when the younger woman declared she could keep up with Cassandra, that the instructor didn't appreciate how much she'd improved.

With that, Cassandra challenged her to a dance-off, selecting "All That Jazz" from Chicago. She knew the song would showcase both vocal and dance ability, and she wanted to feed the ingénue some humble pie. With a makeover, Rachel had lost much of the sweet, innocent ingénue look. She no longer wore her hair in the pristine bun or came to class with a fresh-scrubbed face. She'd ditched those horrible leotards and tights. Now she wore her hair down, showed a little flesh with her outfits, and made up her face with smoky eyes and incredibly long lashes. It was progress, of a sort, but Cassandra knew better than to judge a book by its cover.

As they danced and sang, Cassandra kept a step ahead of Rachel, using her body as the most efficient weapon in her arsenal. She saw the flashes of frustration in Rachel's eyes when she did something to outshine her student. Cassandra even got the younger woman to admit she was the better dancer, but Rachel obviously was not ready to give in. When Rachel declared she was the better singer of the two women, Cassandra scoffed at her, reminding her there was a big difference between self-confidence and delusion.

As much as she hated to admit it, and Cassandra did hate to admit this truth, she knew her student's assertion to having a better voice to be true. Her performance at the Winter Showcase had brought a tear even to Cassandra's eyes, not an easy task. Determined to see the plucky, super-confident princess come down a few pegs, Cassandra had sent a message to congratulate Rachel on her victory. Now, she waited in the studio, one leg crossed over the other, occasionally taking a sip from her water bottle.

Rachel strutted into the studio, still obviously riding high on her victory. Cassandra watched her, noting the confidence, the sway of her hips, the tilt of her head. Oh yes, she's ready.

"Thank you. I told you I would." Rachel strode over to Cassandra. Cassandra rose and started walking toward Rachel, stopping when they stood chest to chest.

"Yes, you did," Cassandra replied. She smirked at the other woman. "But tell me, Schwimmer, what was the highlight of your night? Your victory or that kiss you shared with Brody?"

Rachel's mouth dropped open, and she stared at Cassandra. "How, how did you know about that?"

Cassandra dismissed her question with a wave of her hand. Then she reached over, lifted a lock of Rachel's hair, and twirled it around her finger. "You put too much value on a man validating you." She walked Rachel back against the wall, pressed her body against the other woman's. "You put too much value on the approval of everyone around you." She leaned in until their lips were nearly touching. "Your validation should come from within."

Rachel's breath fanned Cassandra's cheek. She licked her lips, the tip of her tongue brushing Cassandra's. "Oh," she whispered.

The dance instructor savored the moment. Now to reel her in. Cassandra fused their mouths in a kiss, then moaned when Rachel deepened it. Cassandra pushed Rachel's hands over her head, holding them by the wrist with one hand while trailing the other hand down her arm to cup her breast.

Cassandra chuckled. "Schwimmer, we're about to fuck. I think we're beyond the 'Ms. July' stage."

"Fair enough, Rachel." Cassandra nipped the other woman's earlobe. "Tell me something, Rachel. Last night after your win, what were you thinking of when you got yourself off?" She chuckled. "Oh wait, first let me ask, did you get yourself off?"

Cassandra twirled a lock of Rachel's hair around her finger before nuzzling her neck. "And what were you thinking about? Or should I say who?"

"Our dance." Rachel dropped her head to the side and slid a hand around Cassandra's waist.

The dance instructor nipped Rachel's neck. "Are you confessing to fantasizing about me, Schwimmer?"

"Stop calling me that." Rachel pushed her away, just enough to be able to look at her. "So what if I have? It's not a crime to fantasize about a teacher."

"Touch me," Rachel moaned. She covered Cassandra's mouth with her own, taking the kiss from mere contact of lips to deep kiss immediately.

The dance instructor skimmed the heel of her hand over Rachel's mound again. Then she slipped her fingers under Rachel's panty line. She smiled at the noises of need and desire coming from Rachel. Pressing her first two finger tips between Rachel's labia, Cassandra circled the other woman's clit. Round and round, alternating between a softer and firmer touch.

It took every bit of Cassandra's self-control to bite back the satisfied cackle when Rachel pressed against Cassandra's hand. Just a little bit more.

Rachel let out a long moan, reaching for Cassandra's shoulders to cling to the older woman. "That feels so good. Please."

"Please what?" Cassandra circled the other woman's clit over and over. "Tell me what you want."

"Oh God, Cassandra, pleasep-please make me come," Rachel begged. She leaned in to press a kiss to Cassandra's mouth, but Cassandra turned her head.

"No," Cassandra replied. She tugged her hand out of Rachel's panties and took a step back. Watching Rachel sway and struggle to stay upright, Cassandra smirked. "You see, Schwimmer, you don't always get what you want. The real world is a cruel, fucked-up place. Some days you'll be on top and other days, it's going to shit on you and leave you in the gutter."

"That's a horrid thing to say." Rachel leaned back against the wall. She lifted her hand and covered her mouth with her fingers. "Why are you being so mean?"

Cassandra let out a derisive laugh. "Mean? You think that's mean." She stalked over to Rachel. "I refused to give you what you wanted. I didn't run over your puppy or punch your friend. I simply taught you a valuable lesson by telling you 'no,' and it's a life lesson you need to remember. "

"You think that's teaching?" Rachel spat out the words, glaring at Cassandra.

Cassandra smirked. "Schwimmer, I once told you that nothing I did was random. Everything I do has a purpose, even if you can't see it. One day, somewhere down the road, you'll thank me for this. Learning how to deal with rejection will help you deal with the dog-eat-dog world of Broadway and off-Broadway productions." She chuckled. "One day, you might even thank me."

"I doubt that. You've got to be the worst teacher I've ever had." Rachel glared at her, smoothing her hands down her skirt. "I can't believe youyou're just horrible."

The dance instructor dismissed her with a wave of her hand. "Get out of my studio. I have a class in less than fifteen minutes." Cassandra watched Rachel flounce from the room before reaching for her special water bottle. She took a hearty swig of vodka then smiled to herself. By the end of the year, the wide-eyed innocent ingénue would be closer to being a cold-hearted, jaded bitch. She toasted the air with her water bottle before taking another sip. Life was good.