Authors Disclaimer: These characters are the intellectual copyrighted property of The Mark Gordon Company in association with CBS Television Studios and ABC Studios. This is purely for enjoyment and entertainment. This is not meant to infringe on the copyright in any way. 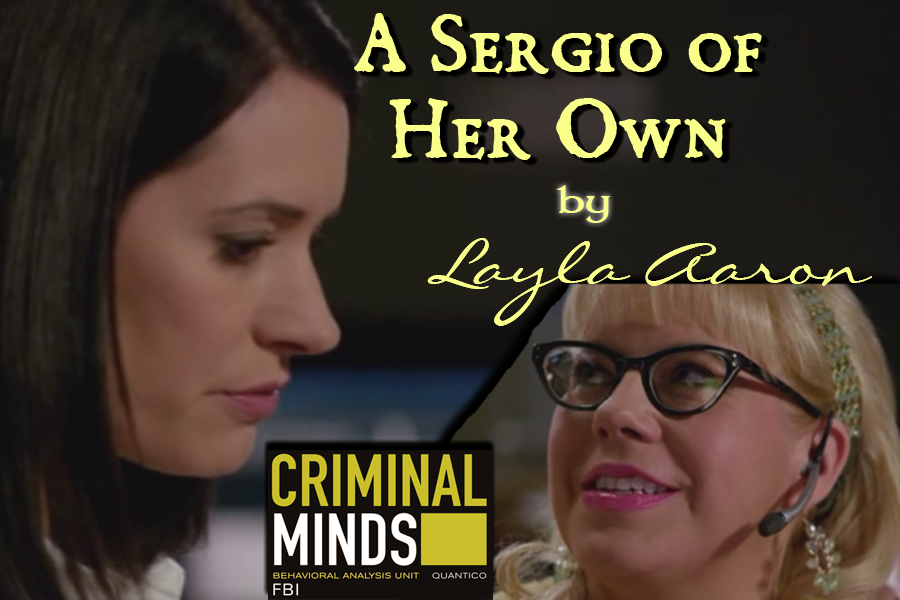 Emily Prentiss had a type. Short dark hair. Lithe, lean body. And way of walking through the room as if he owned everything and everyone in it. She had another type, too. Blonde hair, occasionally laced with strands of pink or blue or purple. Bubbly, vivacious personality and a smile that lit up the entire universe. A body like a shit brick house with enough curves to drive anyone insane. Currently, one shared her living space, and the other she wished shared her bed. Such was the life of Emily Prentiss.

With Garcia's birthday just around the corner, Emily had been searching high and low for the perfect gift. Everything she considered fell short of perfection, but the moment Emily saw the black cat at the crime scene, she knew what she wanted to do. Sweet and affectionate, the young cat wound its way around her ankles and nearly tripped her a handful of times while she and Morgan investigated. The moment she picked the cat up and cuddled him in her arms, he closed his eyes and began to purr, the rumble loud enough to be heard across the room.

The rub lay in convincing Hotch to allow her to do it. She considered her options carefully, weighing and measuring how to approach him. She wanted to take the young cat home to Penelope. Ever since Prentiss' return, Garcia regularly commented how much she missed having Sergio around to pamper. Anytime the team was called away and Garcia stayed behind, Penelope looked after Sergio. Emily smiled to herself. The other woman spoiled her cat rotten. The way he curled about Garcia's ankles then hopped up in her lap and nuzzled her neck was something akin to a lover. Occasionally, Prentiss had to look away to keep from revealing her own feelings toward the quirky tech analyst.

Prior to the Doyle Debacle, as she now thought of it, Emily had found herself thisclose to revealing her feelings to Penelope. That last day, the day she went to confront Doyle, she wanted Penelope's smile to be the last thing she saw, needed to apologize to the tech analyst for snapping at her. Life rarely turned out the way she wanted, and that day was no exception.

Now she was back, had been back for months, and relationships were different; some more strained than others. Garcia, as always, had welcomed her back with a tearful smile and arms open wide. But there were subtle changes in the relationship. Fewer smiles, fewer whispered confidences, fewer girls' nights out, fewer invitations to lunches. When Kevin left Penelope standing in the hallway, tears streaming down her face, the tech analyst had shunned all consolation and locked herself away in her office. Torn between kicking Kevin in the stomach for causing Penelope pain and going to Garcia to offer comfort, Prentiss found herself once again unable to do what she wanted.

Emily forced herself to focus on the matters at hand, on the evidence at the scene. Every now and then, she found herself returning to the kitten and stroking its fur.

"Are you sure that's safe, Prentiss?" Morgan grinned at her. "Won't Sergio be jealous if you come home smelling of the strange?"

She quirked an eyebrow at her partner. "The strange?"

"You know, strange pussy?" He waggled his eyebrows at her, a wide grin spreading across his face.

"What are you, Morgan, some teenager testing the water by using the term 'pussy'?" She shook her head, laughing under her breath.

The man chuckled. "Nope, I know how to use that term, both appropriately and inappropriately." He tilted his head toward the cat that now rested in Prentiss' arms. "I'm just thinking Sergio is going to be jealous if he catches wind of that little one's scent on you."

Emily nuzzled the cat that seemed intent on taking up permanent residence in her arms. "As cute as this little one is, I wasn't planning on taking him to my home. I have another home in mind for him." She lifted the cat and made soft noises to it. "I know just the person who'd love to have you keep her company and provide you with everything your little feline heart could desire."

Derek let out another chuckle. "Penelope's told me how much she dotes on Sergio." He reached out to scratch the cat under the chin. "You think Hotch'll let you keep the little guy?"

"There's only one way to find out." Emily glanced over her shoulder. "And even if he says no, I may sneak the little dude on board anyway." She pressed her lips together to keep from smiling when Morgan lifted the cat out of her arms and cuddled it close. "I thought you were a dog man."

Morgan pressed a finger to his lips. "Shhh, don't tell Clooney. I like pussies."

Emily laughed, shaking her head. "You are so wrong in all the right ways, Morgan." The way the cat seemed to be worming his way into Morgan's heart amused her. Now to let the little furry guy work his magic on Hotch. If Jack were present, it would be a done deal, but Prentiss was on her own. She let out a heavy sigh. It would not be easy, but the end result would more than make up for the hassle.

"No, Prentiss." Hotch shook his head.

"Hotch, I promise I'll be responsible. I'll go out, get a carrier, a litter pan, some litter, and a few cans of food. You won't know he's around." She offered the unit chief what she hoped was her most desperate pleading expression.

He sighed. Then he reached over to scratch the kitten behind the ears. A hint of a smile appeared, curving the corners of his mouth upward.

Yes! "Please?" she asked, using a softer tone this time.

Hotch met her gaze. "This is clearly against policies and rules. Just make sure Director Strauss doesn't get wind of this." He rubbed the cat's cheek once more then stepped back. "And if he leaves any presents on the jet, you're cleaning them up."

Emily almost  almost  danced a jig. She gave the cat a gentle squeeze, cast a grateful smile in Hotchs direction then hurried over to one of the deputies to ask for directions to the nearest store.

A few hours later, back at the hotel, she watched the kitten nose about the room, exploring and sniffing everything. He seemed no worse for wear. She smothered a smile when he hopped atop the table in the room then sat in a regal pose and scanned the room as if everything and everyone were his personal property. Oh yes, he was going to grow up to be quite the demanding feline ruler. Penelope would soon once again know the love of being owned by a cat.

Sergio Junior, or SJ as Emily referred to the cat, seemed quite enamored of Reid. During the flight home, the pair of them were almost inseparable. When SJ dozed off to sleep in Reid's arms, Reid seemed nonplussed and absently stroked his fur while sharing cat facts. Prentiss lost track of all the interesting tidbits of feline trivia except the one about purring. She wanted to share that one with Penelope. The thought of Penelope's expression when she saw SJ elicited a half smile from Emily. Not above a little childhood superstition, she crossed her fingers and hoped she'd found the perfect gift for Penelope.

Emily looked up at the sound of Hotch's voice. She tilted her head and quirked up an eyebrow.

Hotch nodded at Prentiss. "Has everyone left the office?"

"I just want to be sure Director Strauss isn't around when we come into the office. She would be displeased about the contraband we're carrying on board." He smiled. Reid dangled a toy in front of the kitten, who pounced on the fluttering feathers.

Prentiss shot Hotch a look and he held up a hand. "You'll see when we get there."

Garcia broke the link then let out a heavy sigh. She glanced at the floral arrangement in the cut glass vase and the card bearing Emily's name in her own elaborate handwriting. Before Hotch's last message, Penelope had been pondering the option of leaving the flowers and card on Prentiss' desk and leaving before the team arrived home. It would have been out of the ordinary for her to do, but she wasn't sure she could face seeing Prentiss at the moment. An adept profiler like Emily would see more than she was ready to reveal. The cut-and-run option had been snatched away from her, so she began clearing up non-existent clutter in her work space.

When the plane landed, Morgan called her to let her know. Garcia took several breaths to calm her nerves while she left the flowers and card on Emilys desk. Waiting for the elevator door to open, she stared at the walls, her eyes drawn to the space once occupied by Emilys photo. She swallowed, remembering the tight band of pain in her chest when shed heard the news of Emilys death. Even now she felt a sharp pain at the memory.

The doors of the elevator opened and Penelopes gaze went to Prentiss first. Then she saw the cat carrier the other woman held. Emily?

Emily smiled and held up the carrier. Surprise!

A quiet squeak escaped Garcias mouth before she brought her hand up to her lips. She saw the outline of a little cat inside the carrier. Penelope hurried over to Prentiss when she stepped out of the elevator. Emily, is, is that for me?

Shh, Garcia, dont make too much of a fuss. You never know who might be lurking around the corner. She smiled at the blonde. She then nodded toward the bullpen. Come on, its time to introduce you to the newest man in your life.